Jessie Graham grew up in New Zealand and began her performance career at age four in a local ballet production. A love of performing was born and singing lessons followed as well as many years of ballet, jazz, contemporary dance and drama with the aim of becoming a ‘triple threat’ performer.

Jessie Graham and her love of singing

Jessie continued her love of singing at Victoria University studying voice with Patrick Power and Jenny Wollerman and during this time she was invited to sing with Kiri Te Kanawa at the Craggy Range, ‘Evening with Giants’ concert on stage also with Patrick Power, Tim Finn and Sir Edmund Hillary. She completed her post-graduate training at the University of Auckland where she graduated with a Bachelor of Music with Honours. 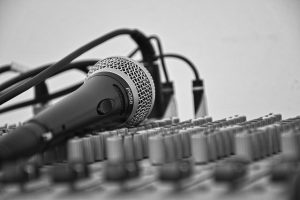 In Auckland she was kept busy with performances in musical theatre and opera including Macbeth, La Boheme, Eugene Onegin and Jenufa with NZ Opera, a highlight being singing in the 2009 Auckland Coca-Cola Christmas in the Park to an audience of 100,000. Jessie also worked on her love of jazz and swing music, singing in ‘Sisters of Swing,’ a three part harmony swing band performing songs of the Andrew’s Sisters and other wartime hits, singing as a soloist with the North Harbour Swing Band and producing and directing a jazz cabaret show in conjunction with Opera Factory. As well as singing, Jessie has also worked in TV, film, radio and modelled in print and catwalk. She sung the role of Venus in the Opera Factory production of ‘Orpheus in the Underworld’ and has completed a third tour of New Zealand as a soloist with touring company Operatunity with each tour performing in 25 venues over five weeks.

Jessie Graham also produced her own cabaret show (acting as producer, co-director, choreographer and costume designer and Cpa), Opéra Risqué – an operatic burlesque which went on to win ‘Best Production’ and ‘Best Performer’ for it’s category at the Auckland Fringe Awards (New Zealand). More productions are in the works for Fringe 2013 amongst other projects.

The last year has seen her living and working in New York where she was honored to represent New Zealand singing the New Zealand national anthem at ANZAC services in Battery Park and The Rockefeller Center.

This site uses Akismet to reduce spam. Learn how your comment data is processed.